Living in the Blue Ridge Mountains, John often sees black bears. Sometimes he catches them stealing the corn from the large garden that forms the centerpiece of his wooded property at the foot of Flint Mountain. Hikers traversing Big Bald can see the Beaudet homestead if they know where to look and John’s backyard is the 10,000-acre Rocky Fork Preserve (safe for bears), part of which will become Tennessee’s newest state park.

Over the winter of 2011-2012, Bodacious carved his first Big Bear. Starting in 2015, he’ll be creating bears large and small on commission. 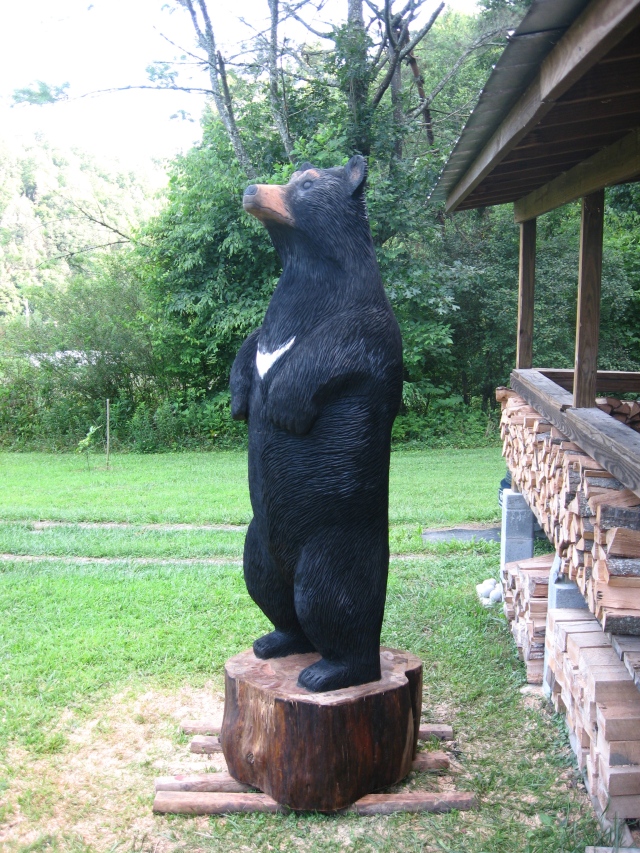 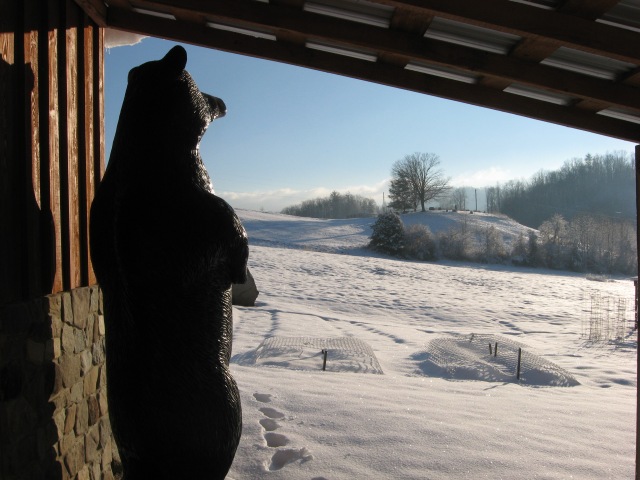